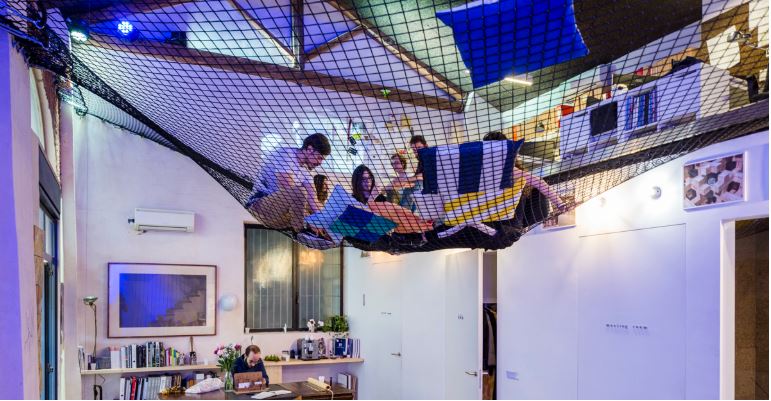 Open House Milan is an international event to share and (re) discover the architecture of a new Milan made up of known and less known buildings.

Open House Milan has been part of the Open House Worldwide circuit since 2015, an international event that spans 4 continents and nearly 50 cities. In Italy it is also present in Rome (2012) and Turin (2017) and Naples (2019)

The original concept of Open House was born in London and was developed by Open House London.

In 2018 Mosae participates for the first time by opening the doors of the studio to all those who want to try the net. In 2015, with the renovation of the entire space, it was decided to re-functionalize the large double-height volume with “OTTA”. 32 square meters of net, soft, safe and usable which represents the intimate and accessible evolution of the large net designed for the Brazil Pavilion at EXPO2015.