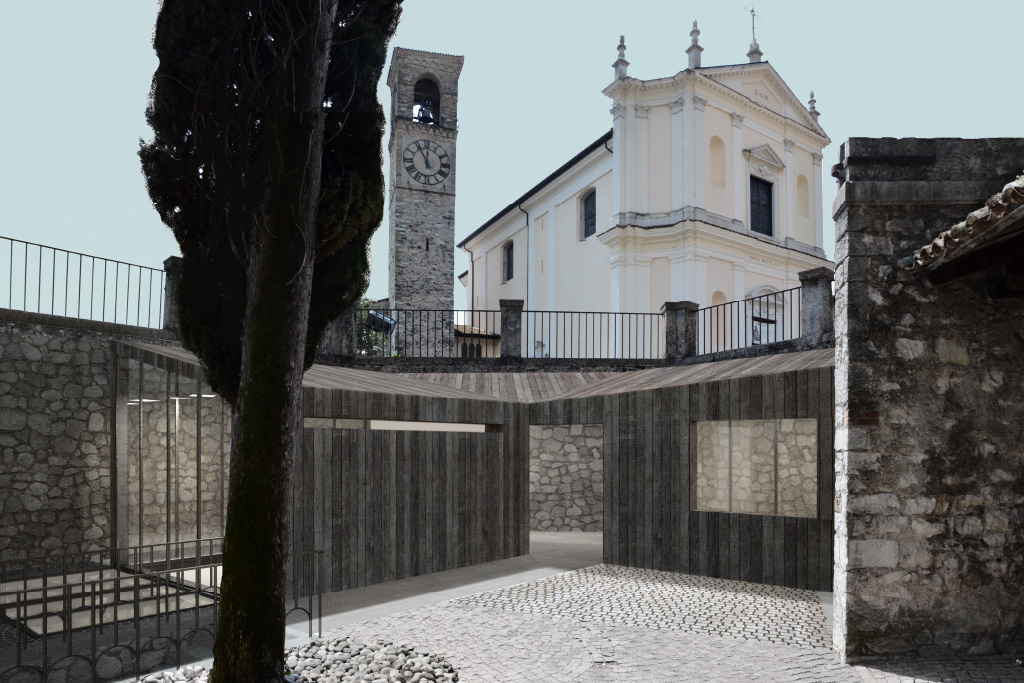 The generating principle of the project is the wall. The walls must tell a story, they must speak and offer the public an understandable language. In order to do this, the wall must acquire its own physical space, a thickness within which to place objects and suggestions. 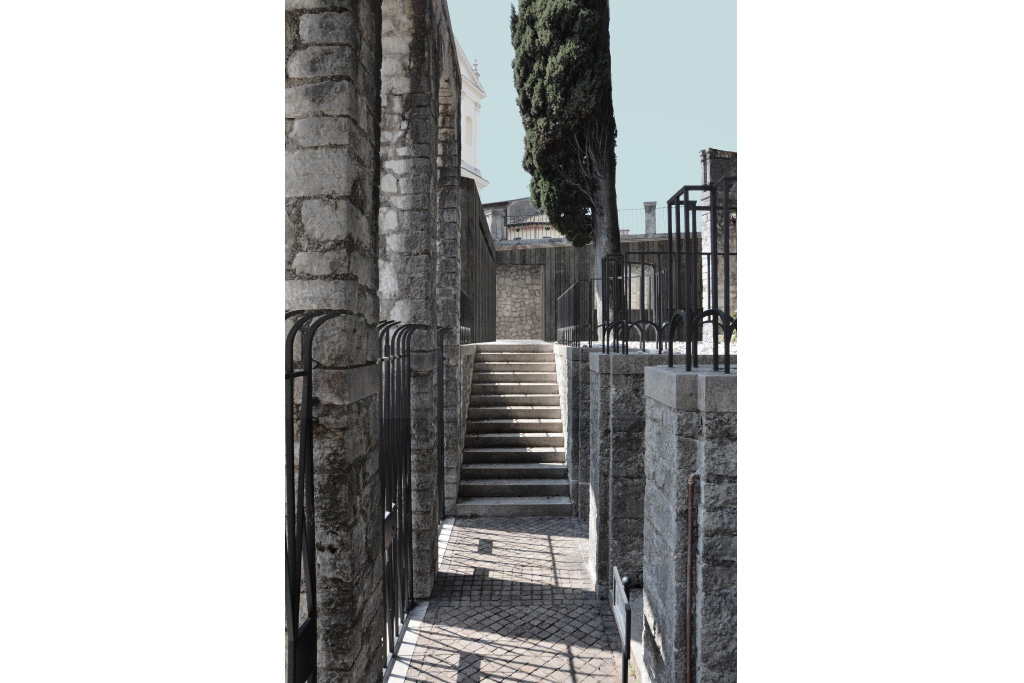 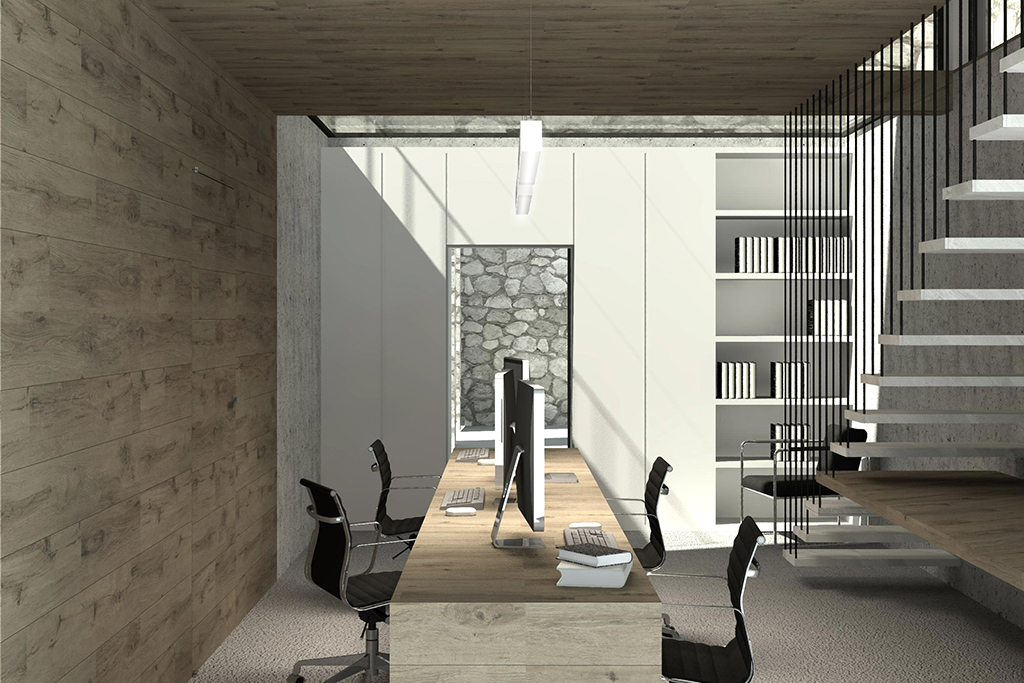 The project resumes the alignment dictated by the “Portale dell’Artigianato”, which is proposed to be reopened, recreating a well-defined open space within the context of the “Bastione”, redeveloping the disfigured space by the insertion of the exhaust towers of the underlying bathrooms, now disused .

The project insists on the space of the spaces used for bathrooms in order to redevelop the room and in order to limit the occupation of the new intervention inside the “Bastione”. It consists of an office building on two levels and a small external body intended for ticketing, adjacent to these and whose respective entrances overlook a covered patio facing the corner of the wall, while still keeping it in sight and accessible to visitors. From inside the rooms, the fully glazed fronts facing the “Bastione” create the feeling that the “Bastione” is the fourth wall of the room. 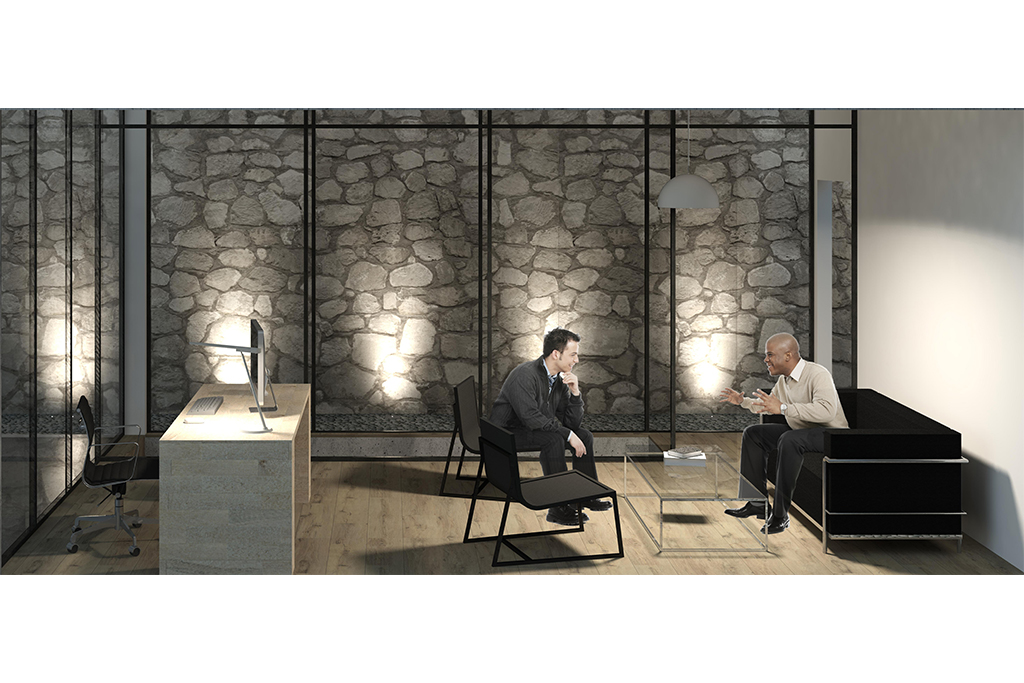 The construction therefore remains completely detached from the Bastion and allows its free approach to visitors. Another fundamental element for the definition of the project is the distribution of open spaces. The desire to recreate a perimeter construction has made it possible to organize the space through the creation of a small square obtained from the most significant alignments of the place.

In the position of the now disused bathrooms, by freeing up the space completely, the new office openspace is obtained. The natural lighting of this environment takes place through a ceiling skylight. On the upper floor there is the new office for the theater director. 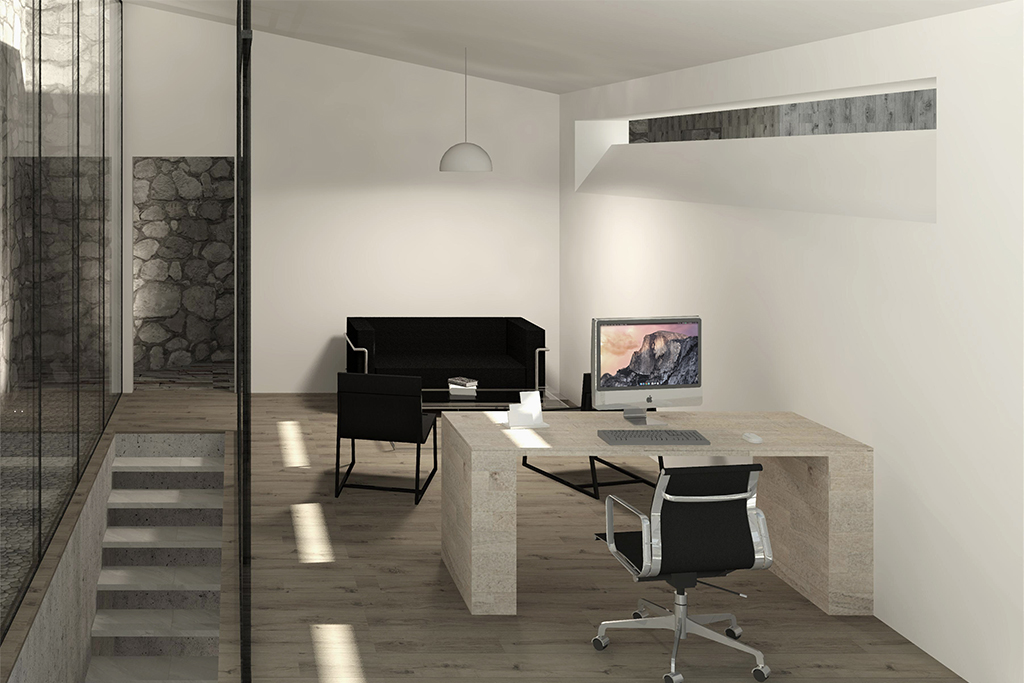 The two project volumes are covered in wood with larch lamellas, a wooden essence with physical characteristics that integrate well with the territorial context from a material and chromatic point of view.

The project is realized with dry technologies and prefabricated elements to contain the realization times and limit the impact of the new construction.

The existing trees are preserved and enhanced by the project.