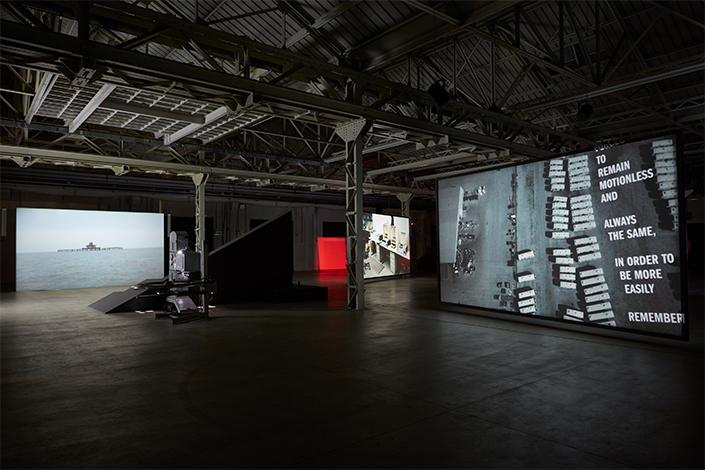 Pirelli HangarBicocca presents Rosa Barba’s solo exhibition “From Source to Poem to Rhythm to Reader,” curated by Roberta Tenconi: a project that brings together fourteen works made since 2009, including 35mm and 16mm films, kinetic sculptures, and site-specific interventions.
Barba’s exhibition “From Source to Poem to Rhythm to Reader,” hosted in the Shed space, weaves an intense dialogue between the works on view and the industrial setting that houses them. The five films in the show, seen here for the first time in Italy, include The Empirical Effect (2009), a film set around Vesuvius—for Rosa Barba a metaphor for the complex relationships between society and politics in Italy—, and the artist’s two most recent works: Enigmatic Whisper (2017), shot in the studio of artist Alexander Calder, and From Source to Poem (2016), a densely layered audio-visual narration, increasingly overlapping and condensing, analogous to white noise, filmed in the Audio-Visual Conservation Center of the Library of Congress in Culpeper, Virginia, the world’s largest multimedia archive – a film specifically co-produced for the exhibition. 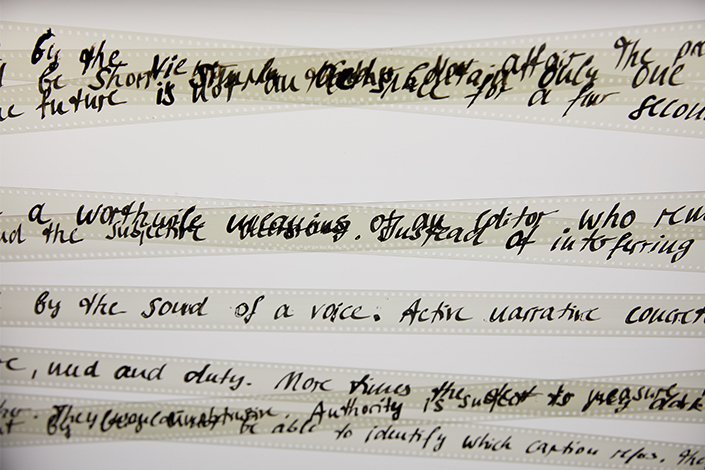 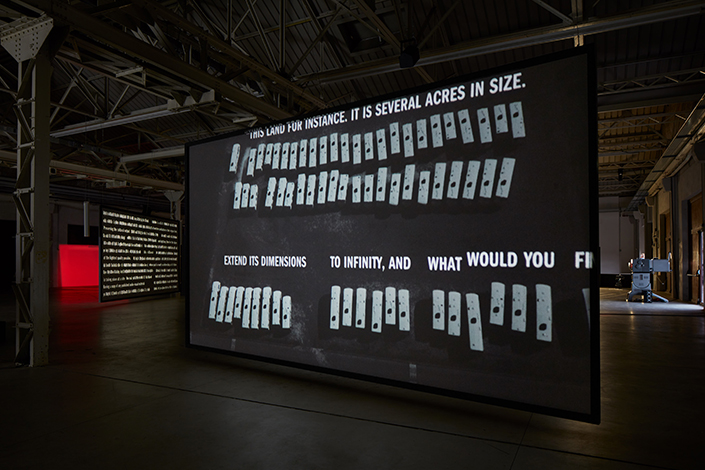 This work is made up of a synchronous projection of two 35mm films on a central screen: on one side are projected aerial shots of trailer cities and streets that take on an abstract connotation; on the other side, fragments of text that seem to describe the activity of the film camera.

Rosa Barba has asked a drummer to read these text-images like a music score and play them on several typewriters as drum set. In this way the text is inscribed into the film, which is screened in a loop and visible as a whole from both sides of the screen, with both images converging and superimposing on one surface. 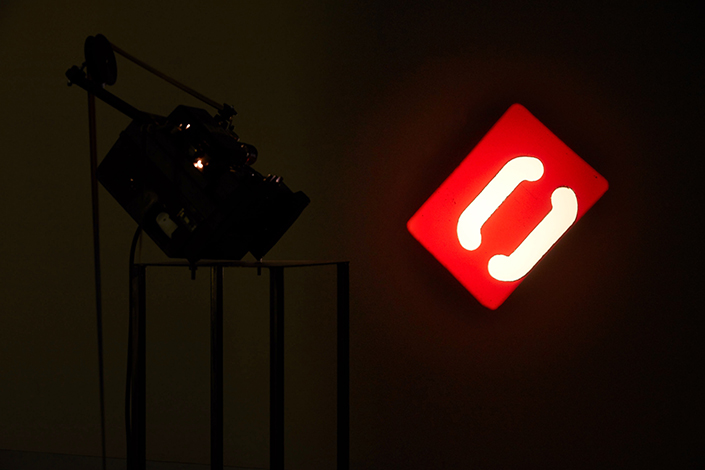 «Barba’s films, installations and publications all raise the question of cinema as a kind of writing» notes the critic Melissa Gronlund, underlining the central role played in her works by the written word and the idea of the physicality of a film projection, usually perceived as something purely immaterial.

In the sculpture The Long Poem Manipulates Spatial Organizations, for example, the projector is set at a 45-degree angle, breaking the traditional geometry of the screen. The projection is a montage of uniform fields of color, in which a linear succession of letters cut out directly on the celluloid compose a sort of “visual poem,” underlining how each word consists of an organized group of signs. 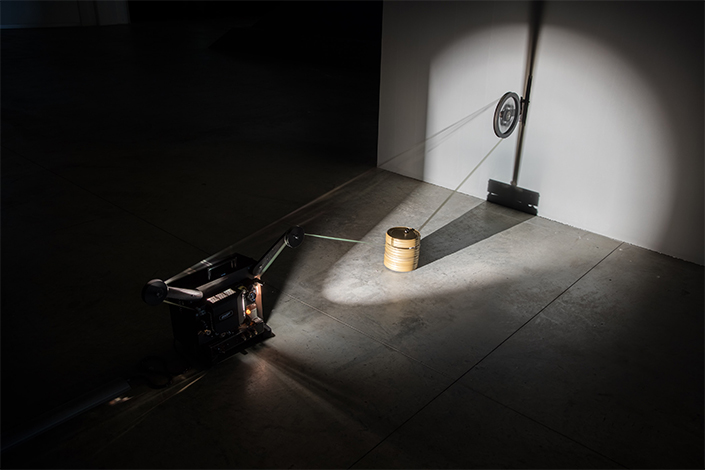 In Boundaries of Consumption, the passage of celluloid through a pile of boxes for film spools unexpectedly generates the movement of two small metal spheres set at the summit of this precarious structure. The result is a projection that fills the wall with the shadows of two continuously vibrating spheres. 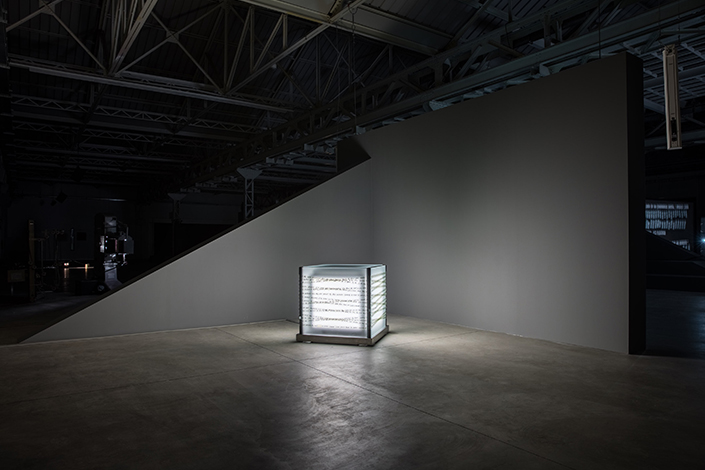 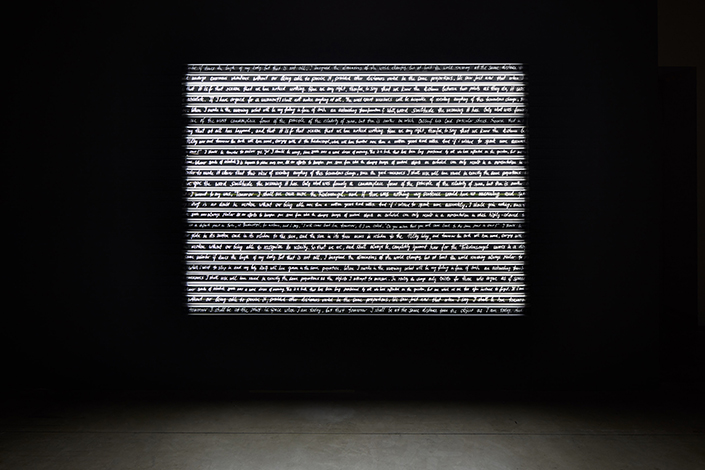 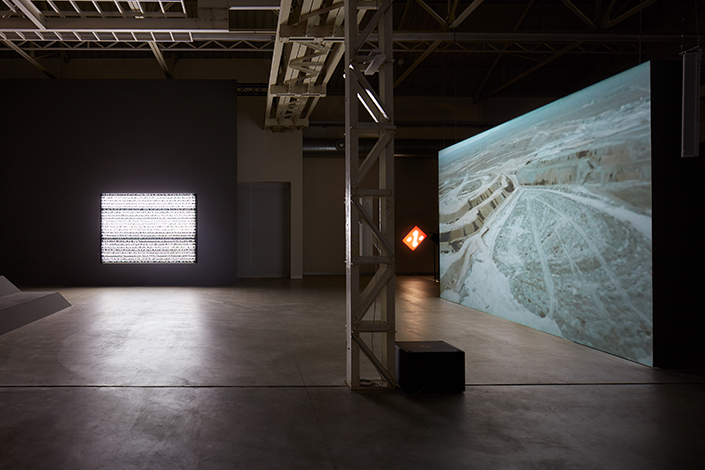 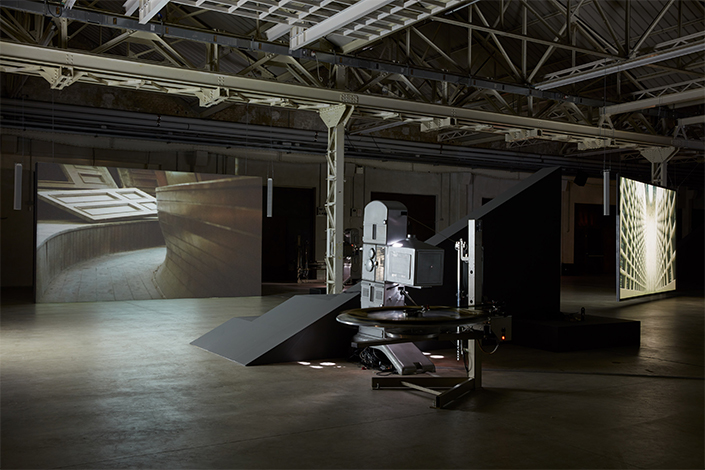 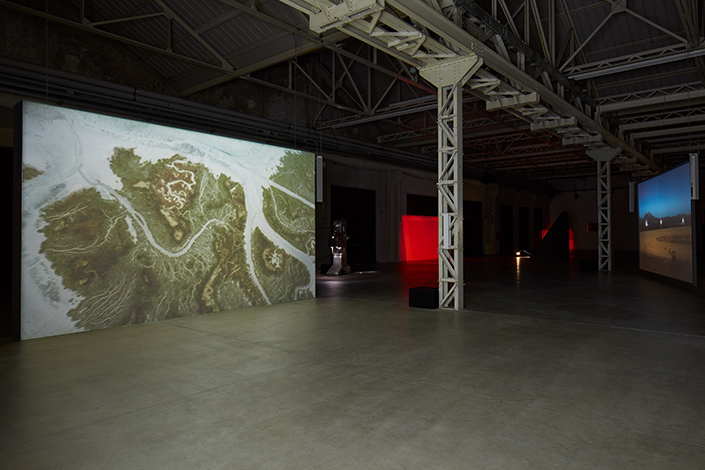 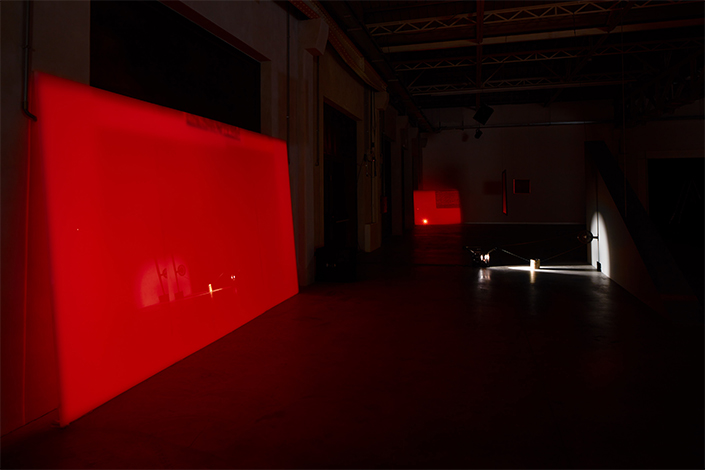