Design competition for the construction of a new school complex dedicated to primary education for 29 sections due to a student population forecast of 725 students in Lentate sul Seveso. 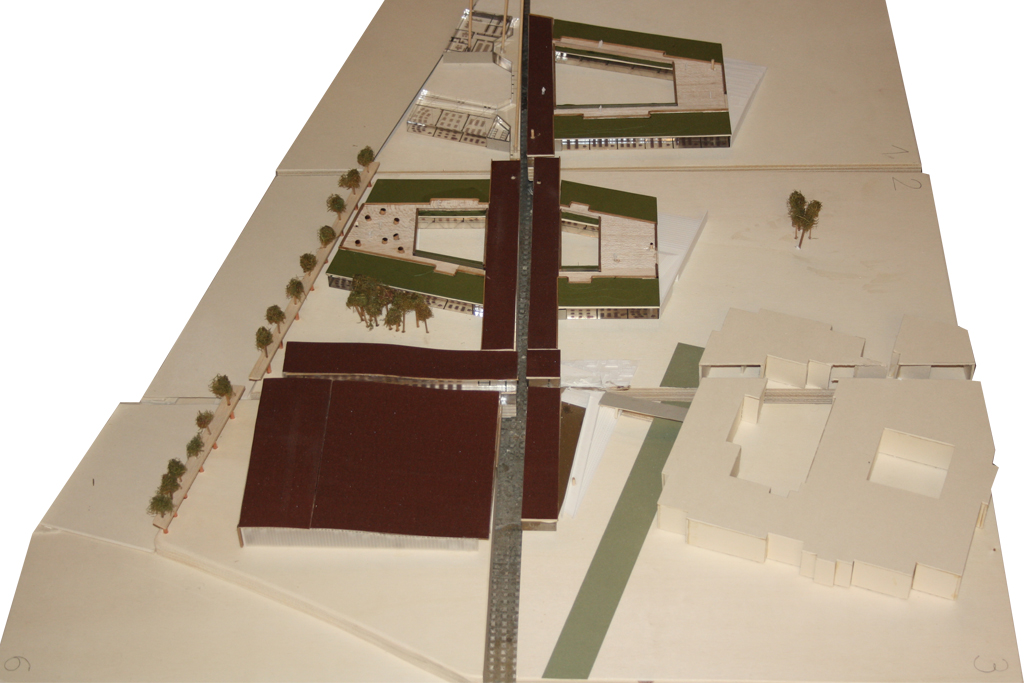 A fundamental design choice was to set the whole building under one roof and on one level without creating overlapping floors. This is due to two main factors: economy of construction both in structural and spatial terms, without increasing load on the structures and without dispersing square footage by vertical connection; and to guarantee to the whole school a direct and immediately accessible relationship with the external areas that are an integral part of the project.

At the planimetric level, the building of the new school complex consists of three distinct bodies but related through the sign of the central connective path. The first body is articulated around a courtyard located north of the connective which has the classrooms for the first and second classes, near the west entrance atrium closest to the parking/school buses; to the south is the administrative and managerial area of ​​the school. 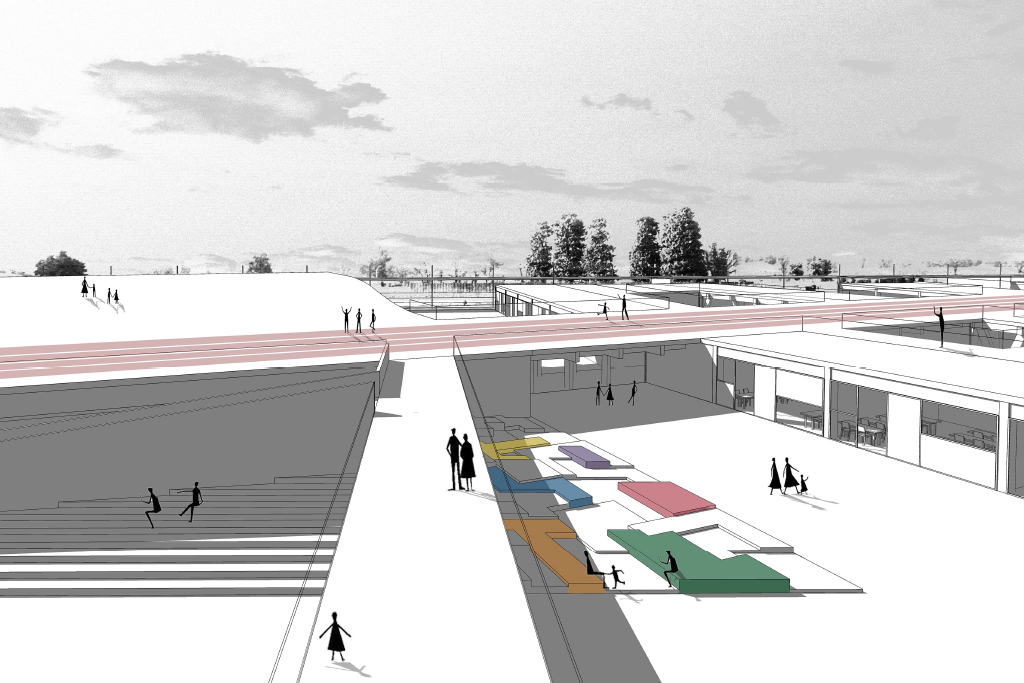 A fundamental aspect of the project is the practicability of the roof, accessible through universal stairways and ramps placed at the head of the courtyards that constitute a vertical connection path and outdoor teaching and play space. Once on the roof of the building there is an athletics track for 100 m as well as spaces for parking and for playing at high altitude. The roof is made of wooden decking for outdoor use in social areas, in synthetic material for the athletic track and covered with extensive greenery not practicable in the remaining parts. The choice of extensive green is aimed at limiting maintenance, better thermal insulation on the roof and allows users to be kept away from the edges of the roof without the risk of falling from above, minimizing the need for parapets. 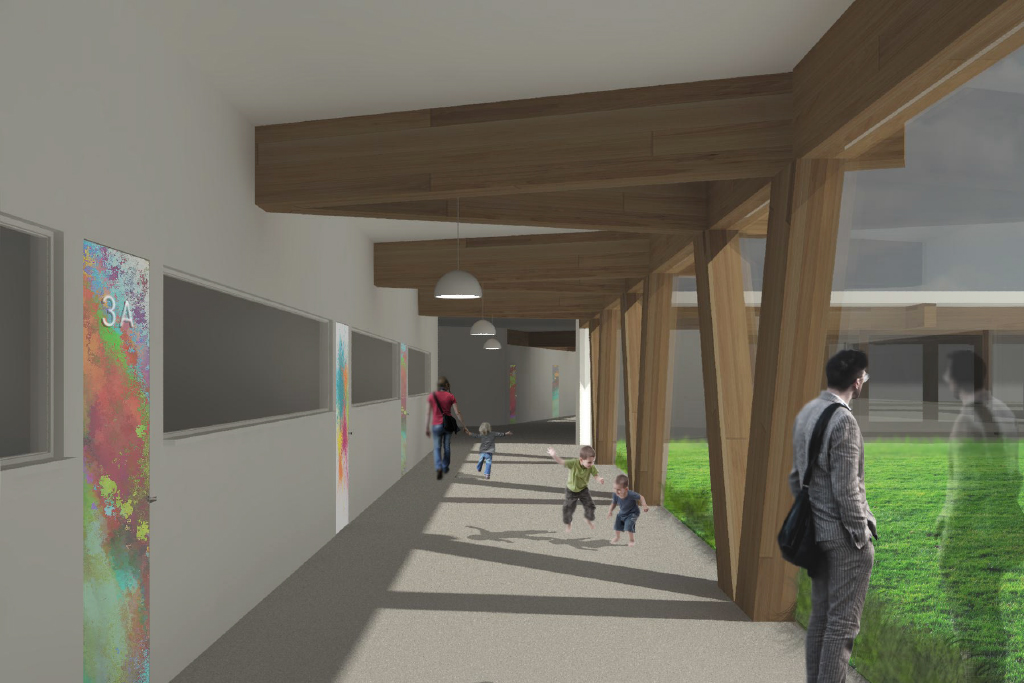 The load-bearing structures in elevation of the entire building and its beams are provided with laminated wooden elements alternating with reinforced concrete partitions in correspondence with the enlargements on the connective and the heads of the internal courtyards. The foundation system foresees inverted beams and reinforced concrete foundation cast on site. The foundation project is aimed at containing excavations, earth movements and optimizing the material used or disposed of in landfills. The whole is distinguished by modularity of the design, use of standard sections in laminated wood and ease of installation. In fact, once the foundation structures have been made, it is possible to assemble the elevations with the aid of a system of props. The assembly will proceed in spans. Once the installation of a span is complete, proceed to the next by removing the prop. The system of reinforced concrete septa in addition to its independent static function plays the role of bracing so that the structure, which has a symmetrical behavior block by block, can resist seismic actions. Due to the large size of the building, an anti-seismic joint will be made at the attachment of the gym block to the rest of the building. 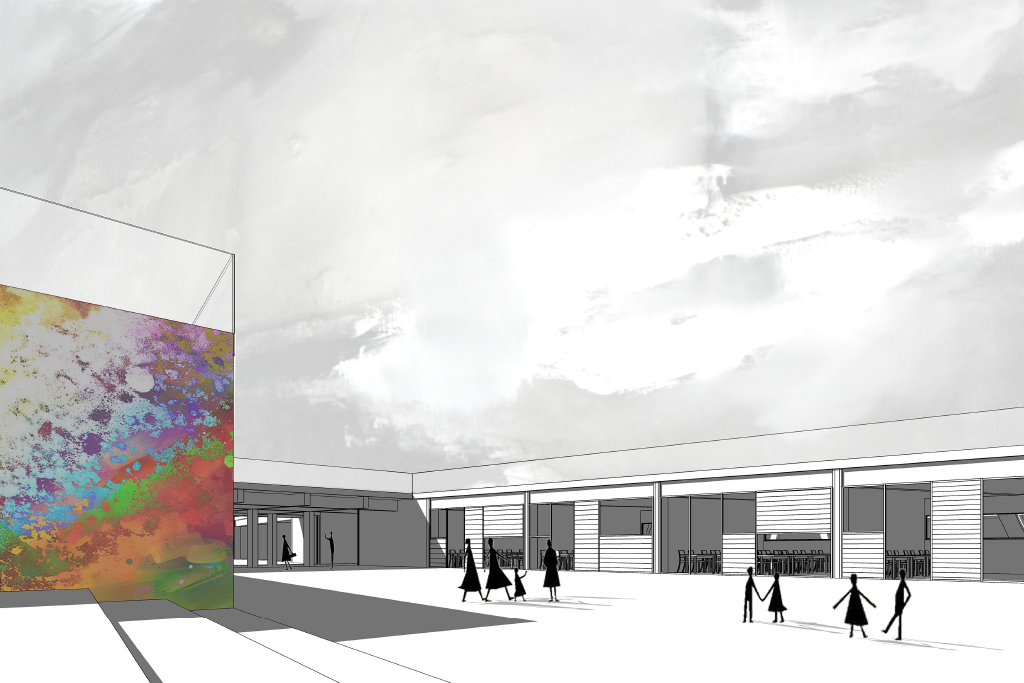 The facades of the building are composed of modular glass elements alternating with wooden infill panels that mark its modularity while maintaining a high degree of differentiation that allows it to identify the functional blocks.

In correspondence with the gym, the facades are made of colored translucent polycarbonate which allows a good degree of natural lighting of the internal spaces without compromising the energy efficiency of the environment due to excessive radiation. During the hours of operation at night, the colored translucent polycarbonate works like a lantern that remotely radiates a delicate light that clearly identifies the public building as a city and urban pole. 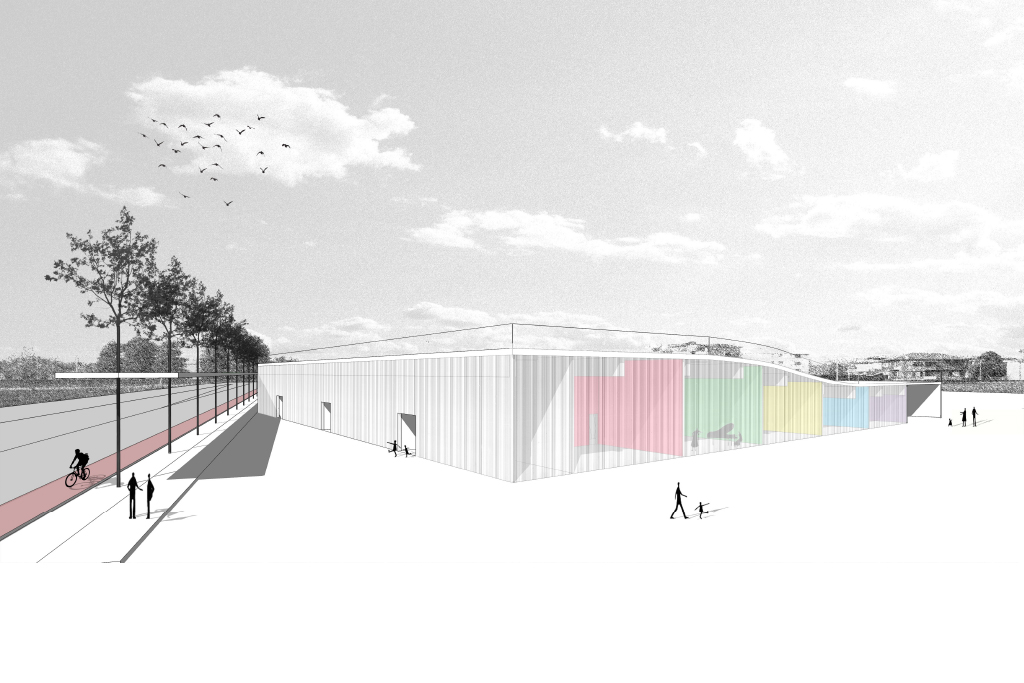 Of strategic character according to the indications of the Administration, the connection with the adjacent Secondary School is made through an elevated walkway that from +4.30 m, corresponding to the first floor above ground of the structure, leads on the coverage of the new primary school planned, as said entirely viable and usable by the pupils. The path is entirely practicable even by people with disabilities according to the best practice of Universal Design. 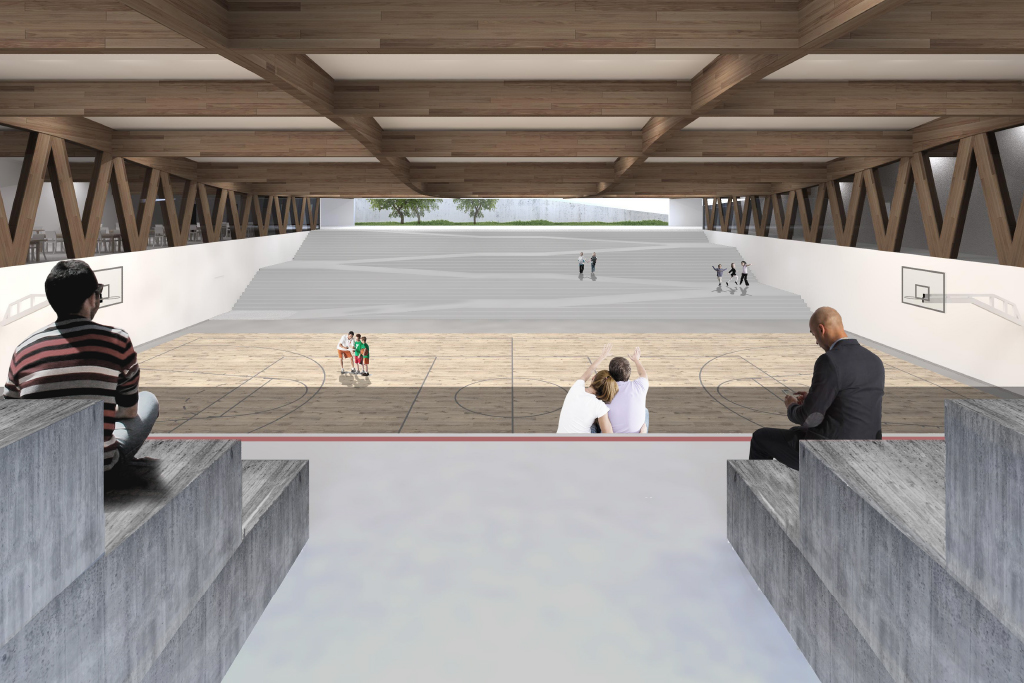 The sports facilities enslaved to the school consist of a main gym, with a regular basketball court in parquet and the possibility of alternative field configurations, with changing rooms for teams and referees, as well as related deposits. The stands of the gym are configured with fixed steps that can accommodate up to 570 spectators in a sports configuration (according to the technical fire prevention regulation “DM 18 marzo 1996”). Through the use of retractable terraces, the gym can take on an auditorium configuration by adding 245 spectators. Due to its size, configuration and hypothetical frequency of use, it is considered unnecessary to create a dedicated auditorium independent of the gym, but rather to provide a flexible configuration with evident savings in terms of cost and space consumption.